At the NWIPC AGM in Smithers on April 15, 2014, special recognition was awarded to local Bulkley Valley botanists the Pojars. Following is an edited transcript of a speech given by NWIPC Director Paul Glover when presenting the award.

Rosamund and Jim Pojar have lived in Smithers since moving here in 1978, except for a four-year stint in the Yukon. When asked where they came from before moving here, Rosamund answered, “from hell and back! We were sick of Victoria,” she said. They’ve lived at the same property outside town since 1978, where they and their cats enjoy watching the birds that came to their feeders.

Jim worked as a forest researcher for the BC Ministry of Forests (MOF) from about 1978 to 2004. Besides his excellent work with plants and ecology, he was renowned for his lectures and presentations in which he used a dry and off-the-wall sense of humor to bring his points to life.

Rosamund taught full-time at the Northwest Community College in Smithers for 10 years. Throughout her time in the area she also was quite busy with a number of research projects related to ecology, including a study on the effects of glyphosate herbicide on ungulate browse—which MOF then refused to publish because it did not reach the conclusion they had been looking for. Rosamund has always maintained a passionate adherence to rigorous scientific principles.

By the time the Northwest Weed Committee was formed in 1992, the Pojars had long been involved in advising and assisting with invasive plant work in the area. Rosamund and Jim were already the first stop when advice and guidance were needed on identification, aggressiveness and impacts of alien plants.

When the NWC was formed, an early step was to develop a plant profile upon which to base a shared strategic plan. The plant profile was developed by listing all the known invasive plants in—or threatening—the region.  Of course, the Pojars provided a great deal of the information about the presence, distribution and threat posed by these plants, and were able to confirm and correct the anecdotal information provided by others.

Once the first Plant Profile and Plan was in place, it still needed much work and verification to be valid. Rosamund was contracted by the MOF to work on the profile and plan in 1994, in the course of which she identified alien plants and confirmed their distribution. In 1995 she was contracted to continue this work and developed a series of fact sheets on the various weeds in the Northwest. These were so well done that they ended up being used throughout the province.

From 2004-2008 the Pojars lived in the Yukon where they were instrumental in developing a Yukon Invasive Species Council and strengthening links between the Yukon and Northwest B.C.

Since his retirement, Jim has worked with various conservation organizations, including the Canadian Parks and Wilderness Society.  Rosamund has remained very busy with nature and conservation projects, including being local coordinator for the BC Breeding Bird Atlas. Both maintain a very active lifestyle that includes hiking, snowshoeing, and bending over to look at small plants. At home, Rosamund enjoys quilting, singing, piano, and gardening.

The Pojars have for 36 years been a great benefit to the Bulkley Valley, northern BC, and beyond…and show no signs of stopping anytime soon. And for this we are truly grateful.

Thank you Rosamund and Jim! 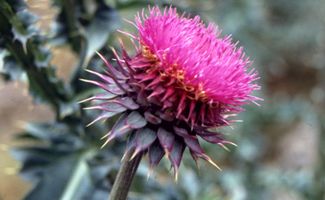