Don’t Let it Loose! The illegal introduction of invasive fish has lead to the closure of two popular fishing lakes in BC.

Intentional introductions may not be common, but it is one more reminder that we – humans – can spread invasive species, which can impact our environment and our own future opportunities. And there is lots we can do about it, to reduce the impacts of invasive species and to stop their spread.

The Province says Fussee Lake and New Lake in the East Kootenays have been closed to sport fishing until further notice due to the illegal introduction of largemouth bass (at Fussee Lake) and yellow perch (at New Lake). The closers were announced in a statement from the Ministry of Forests, Lands and Natural Resource Operations on July 5th.

Invasive fish species can severely impact other aquatic species, including native minnows, young trout and salmon, as well as amphibians and invertebrates. Invasive fish are a major threat to British Columbia’s freshwater fisheries through effects of competition, predation, parasites and disease. Once established, they are very difficult and expensive to remove.

The most effective way to protect British Columbia’s lakes and rivers from this threat is prevention, says the Province. Live fish should not be moved or released into any of B.C.'s waterbodies, and any fish of concern should be reported to the ministry’s regional fish and wildlife office.

The Ministry says Fussee Lake and New Lake will remain closed to fishing and will not be stocked with trout until the largemouth bass and yellow perch populations have been eradicated.

See more on the story from CBC: http://www.cbc.ca/news/canada/british-columbia/kootenay-lake-fishing-closure-1.4192022 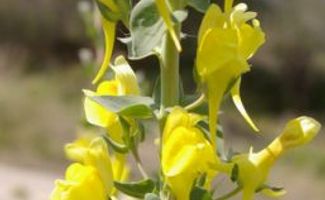