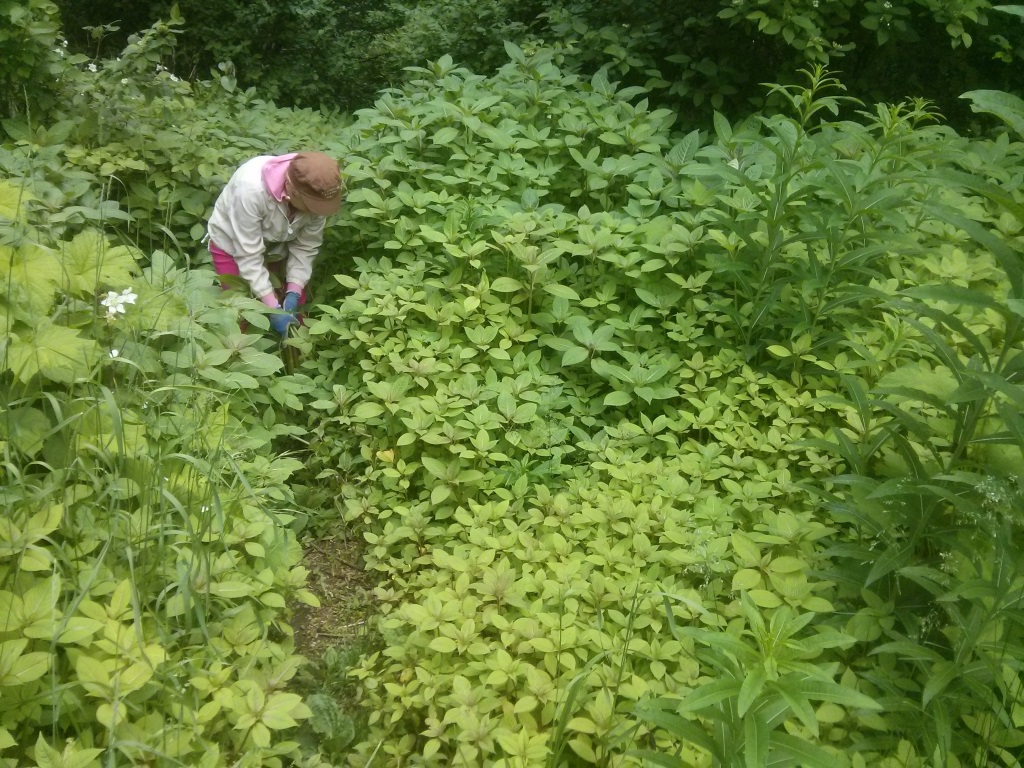 June 17 2014, NWIPC Eastern Assistant Merci Hillis and NWIPC summer student Cori Johnson teamed up with the Greater Terrace Beautification society (GTBS) to pull Himalayan Balsam, in a small site in Terrace BC. We had a team of ten plus the two of us. The plant was continuous and was growing in small and large clusters throughout the site. There was about 40-45% coverage of the total area. Thimble berry was the plants main competitor, but some of the Himalayan Balsam was growing under the thimbleberry canopies.

We also found some Himalayan Balsam at the end of Pearl Street, which is the neighbouring street. There was one small clump beside the street and a few little ones along the tree line. There is a site number for this location, it is 259964. Also on this site we found a suspicious plant that slightly resembled cow parsnip.

We believe the plants name is “Wild Chervil” (Anthriscus sylvetris). We emailed Marr Kendrick to help us identify this plant. In his email he said “In BC it has only been collected in the lower mainland, so it is definitely a concern that you’ve found it in Terrace.  Likely there is more of it around.”

The GTBS decided they would watch over the sites during the growing season and continue to tackle the Himalayan Balsam, as the missed plants continue to grow. One of the neighbours of the site allowed us to enter his yard and pull plants that have made it passed the fence line. He had agreed to keep an eye out for remaining plants and pull them as they come.


The community weed pull was a success in tackling the plant and spreading awareness to the people of the community (see the "after" photo below). 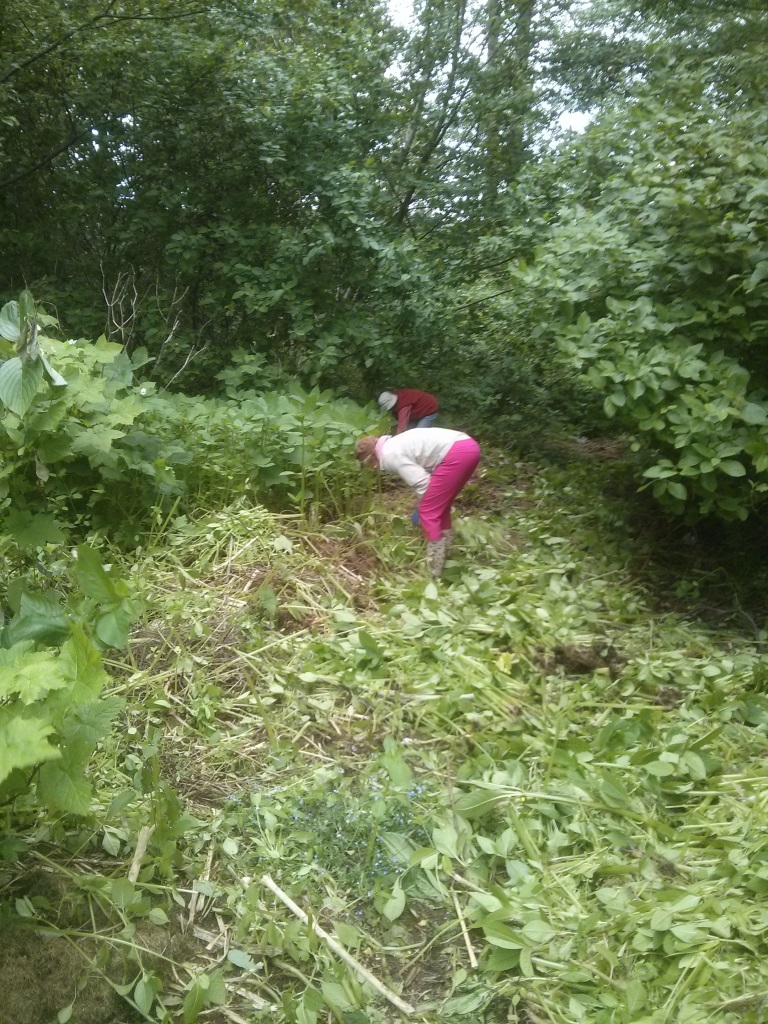